SCOTTSDALE, Ariz. (January 27, 2016) — Indian Motorcycle®,
America’s first motorcycle company, today announced it has joined forces with
the Jack Daniel Distillery to create a limited-run, collector’s-edition Jack
Daniel’s-branded 2016 Indian® Chief® Vintage motorcycle. The partnership brings
together two of America’s most iconic brands who share a mutual commitment to
independence, originality and American craftsmanship that dates back more than
a century. The collaboration commemorates the 150th anniversary of
the Jack Daniel Distillery, which was registered in 1866.

The 2016 Collector’s Edition Jack Daniel’s Indian
Chief Vintage will be on display January 23-31 at the Barrett-Jackson
Scottsdale Collector Car Auction. It will also make an appearance at a series
of events throughout 2016, including Daytona Bike Week, taking place March
4-13. Ultimately, this first-in-the-series display bike will be auctioned at
the Barrett-Jackson Auction in Las Vegas, which takes place October 6-8. All
monies raised from the charity auction will be donated to support “Operation Ride Home,” a
partnership between the Jack Daniel Distillery and the Armed Services YMCA that
provides funding and travel assistance to help junior-enlisted military
personnel spend time with their families during the holiday season.

“This one-of-a-kind motorcycle is the perfect
pairing of these two classic American brands, and while they look great
together, we’ve inscribed this unique collector’s edition masterpiece with our
‘Bottles and Throttles Don’t Mix’ mantra to remind all our friends that
drinking and riding are meant to be enjoyed separately,” said Dave Stang,
Director of Events & Sponsorships for Jack Daniel’s. “We’d like to thank
our friends at Indian Motorcycle for their help on this project and their support
for Operation Ride Home.”
The Collector’s Edition Jack Daniel’s Vintage
will be produced in very limited quantities, taking the iconic Indian Chief
Vintage platform to a whole new level with an array of genuine Indian
Motorcycle accessories and custom accessories, as well as Jack
Daniel’s-inspired custom paint and logos, badging, leather saddle and
saddlebags. The bike’s fender is also inscribed with the names of the seven
Master Distillers who have overseen the Jack Daniel’s distilling process over
its 150-year history. Final customization work was designed and completed by
Brian Klock and his inspired team at Klock Werks in Mitchell, S.D. Additional
details on the production schedule and ordering process will be released during
Daytona Bike Week.
“It’s a pleasure to partner again with our
friends at Jack Daniel’s on this project as a tribute to originality and
American craftsmanship, and to do so for the benefit of our military personnel
and their families,” said Steve Menneto, President of Motorcycles for Polaris
Industries. “Jack Daniel’s and Indian Motorcycle proudly support our
troops, military families and our veterans and we are honored to join forces
again in 2016.”
For more information about Operation Ride Home,
or to make a tax-deductible donation, please visit: www.jdoperationridehome.com
ABOUT JACK DANIEL’S
Officially registered by the U.S. Government in
1866 and based in Lynchburg, Tenn., the Jack Daniel Distillery, Lem Motlow,
proprietor, is the oldest registered distillery in the United States and is on
the National Register of Historic Places. Jack Daniel’s is the maker of the
world-famous Jack Daniel’s Old No. 7 Tennessee Whiskey, Gentleman Jack Rare
Tennessee Whiskey, Jack Daniel’s Single Barrel Tennessee Whiskey, Jack Daniel’s
Tennessee Honey, Jack Daniel’s Tennessee Fire, Jack Daniel’s Sinatra Select and
Jack Daniel’s Country Cocktails. Jack Daniel’s encourages its friends to drink
responsibly and reminds bikers that Bottles and Throttles Don’t Mix.
ABOUT THE ARMED SERVICES YMCA
The Armed Services YMCA (ASYMCA) is a nonprofit
organization which has been dedicated to making military life easier for more
than 150 years.  Impacting over 500,000 families annually, the ASYMCA
offers low and no cost programs through 200 service centers at 32 branch and
affiliate locations serving 45 of the largest military installations
nationwide. Of the 1.2M active duty military stationed in the US, approximately
82 percent are located where the ASYMCA has a branch or affiliate nearby to
help make military life easier. The ASYMCA does not receive government funding
and does not charge dues or membership fees for their programs. Eighty-nine
cents of every dollar donated goes directly to support programs.  In 2013
the ASYMCA was designated as a top-rated charity by CharityWatch and for the
8th consecutive year received the highest (4-star) rating from Charity
Navigator.  Your tax deductible donation (Tax ID #36-3274346) to the ASYMCA
will make a significant impact on the lives of junior enlisted service members
and their families. Please visit asymca.org to learn more.
ABOUT INDIAN MOTORCYCLE®
Indian Motorcycle, a wholly-owned subsidiary of
Polaris Industries Inc. (NYSE: PII), is America’s first motorcycle company.
Founded in 1901, Indian Motorcycle has won the hearts of motorcyclists around
the world and earned distinction as one of America’s most legendary and iconic
brands through unrivaled racing dominance, engineering prowess and countless
innovations and industry firsts. Today that heritage and passion is reignited
under new brand stewardship. To learn more, please visit www.indianmotorcycle.com.
About Polaris
Polaris Industries Inc. (NYSE: PII) is a global
powersports leader with annual 2015 sales of $4.7 billion. Polaris fuels the
passion of riders, workers and outdoor enthusiasts with our RANGER®, RZR® and POLARIS
GENERAL™ side-by-side off-road vehicles; our SPORTSMAN® and POLARIS ACE®
all-terrain off-road vehicles; VICTORY® and INDIAN MOTORCYCLE® midsize and
heavyweight motorcycles; SLINGSHOT® moto-roadsters; and Polaris RMK®, INDY®,
SWITCHBACK® and RUSH® snowmobiles. Polaris enhances the riding experience with
parts, garments and accessories sold under multiple recognizable brands, and
has a growing presence globally in adjacent markets with products including
military and commercial off-road vehicles, quadricycles, and electric vehicles.
www.polaris.com
###
Press Contact:
Robert Pandya
External Relations Manager
Indian Motorcycle
Robert.Pandya@Polaris.com
Post Views: 189 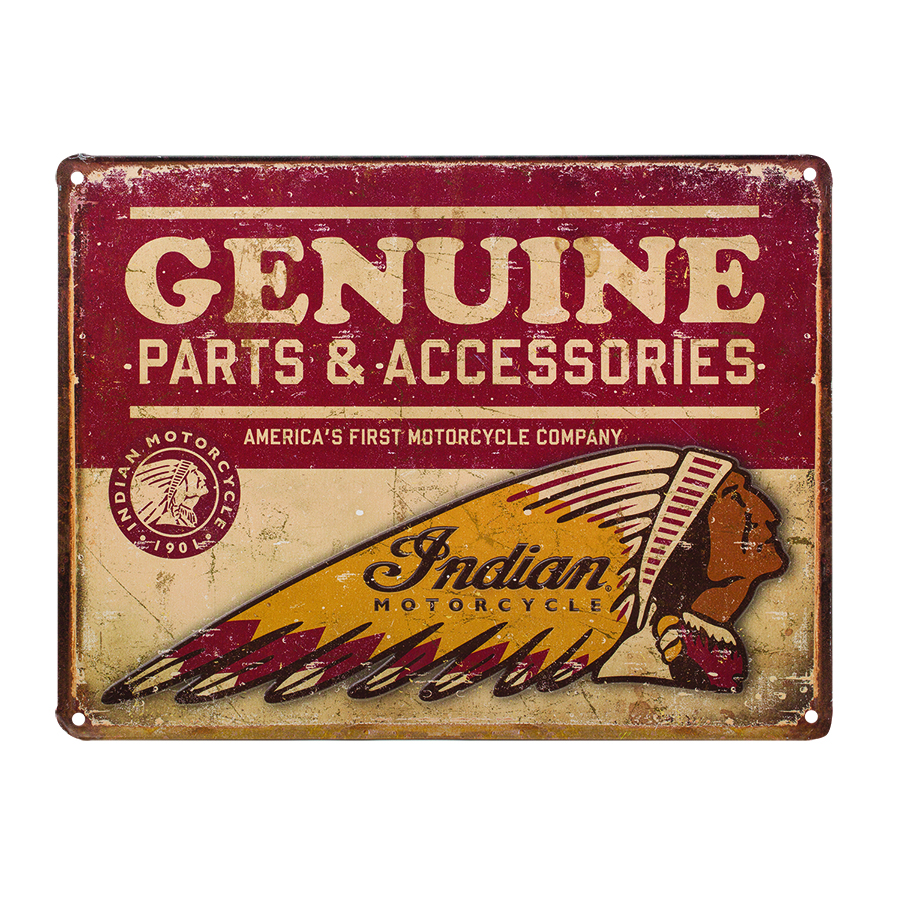 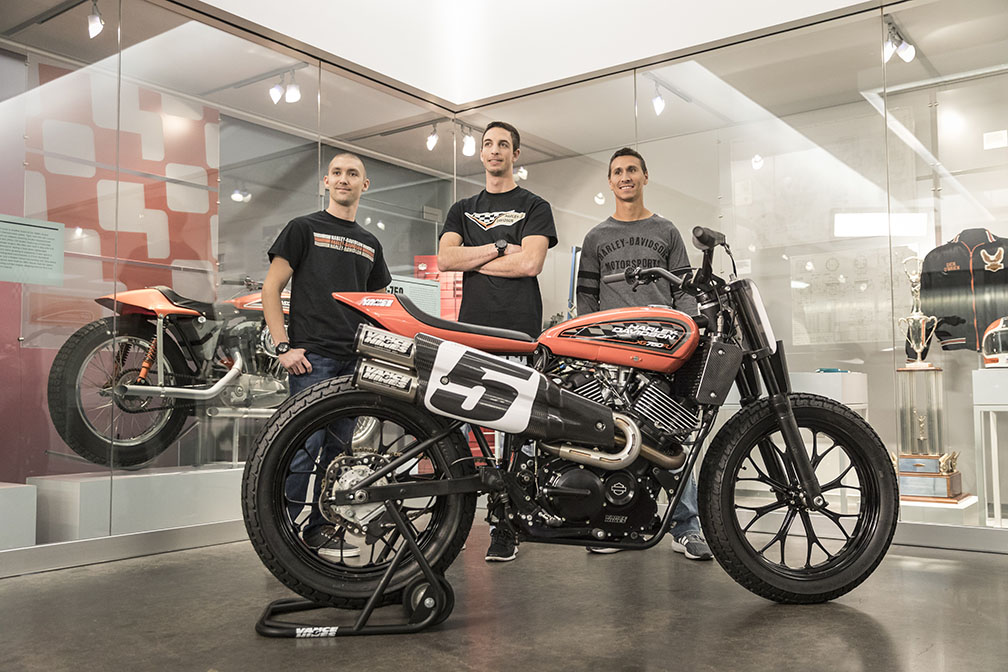