Harley-Davidson CVO motorcycles are customized using premium components and exclusive paint treatments and surface finishes combined with numerous items from Harley-Davidson Genuine Motor Accessories. The CVO program is often used to introduce new custom elements and techniques, and the dark styling direction of the CVO Pro Street Breakout provided the Harley-Davidson design team with an opportunity to utilize several new finish treatments.
“The Pro Street Breakout represents a new dimension of CVO motorcycles,” said Harley-Davidson Styling Director Brad Richards. “The Pro Street Breakout takes its cues from the streets and reflects our own changing tastes. It still delivers the depth of detail and value and the bragging rights the CVO customer expects, but gets there in a different way. Its colors may be subdued but also have incredible depth. We’re developing alternate finishes to bright chrome – brushed and anodized surfaces and tinted clear-coat, for example. The Breakout really lent itself to this new styling direction.”
One new finish being introduced on the CVO Pro Street Breakout model is called Smoke Satin Chrome.
“We worked intensely with our plating suppliers to develop the hue and depth of Smoke Satin Chrome, and we are the first to use it in the motorcycle industry,” said Harley-Davidson Senior Stylist Dais Nagao. “It’s a finish that looks really contemporary and exclusive but also kind of sinister. We’ve carefully placed Smoke Satin Chrome next to a black surface so it creates a layered effect. For example, the top rocker cover is gloss black, and the lower cover is Smoke Satin Chrome. It’s on the exhaust header shields next to the black engine and black mufflers. We used Smoke Satin Chrome on the oil lines and fittings to add an unexpected detail.”
Scorched Chrome, a second new finish debuting on the CVO Pro Street Breakout, plates the Aggressor custom wheels. Restyled derby and timing covers have a new, mechanical look. Sheet metal is finished in solid Starfire Black or two-tone White Gold Pearl/Starfire Black, each with a single hand-applied graphic stripe flowing along the tank and rear fender to reinforce the performance theme of the CVO Pro Street Breakout.
That performance is delivered by the Screamin’ Eagle® Twin Cam 110B™, the most-potent Harley-Davidson production air-cooled engine. To extract maximum performance the engine is fitted with black blunt-cut mufflers, an open-element Screamin’ Eagle® Heavy Breather Elite intake, and a high performance Assist & Slip clutch with hydraulic actuation. To help the rider take full advantage of the Screamin’ Eagle power, the CVO Pro Street Breakout is equipped with new 43mm inverted forks gripped in a robust three-bolt triple-clamp, plus the added stopping power of dual front disc brakes with floating rotors, a Reduced Reach front brake lever, and standard Anti-Lock Braking System. The stiff front end and 19-inch front wheel enhance agility, while a massive 240mm-wide rear tire effectively transfers power to pavement.
There’s a lot of drag-racer influence found on the Pro Street Breakout, from the flat 1.25-inch drag-style handlebar to the wind-cheating speed screen and the color-matched chin spoiler. The deep bucket seat and bolstered pillion combine to hold the rider in place when the clutch is dumped and its Screamin’ Eagle horsepower launches the CVO Pro Street Breakout off the line. Other styling features include a trimmed front fender, blacked-out Airflow Collection accessories on hand and foot controls, black Profile custom mirrors, and a low-profile console with smoked braided vent lines. Electronic cruise control and the H-D Smart Security System featuring a new hands-free integrated security and locking fob are also standard equipment on the CVO Pro Street Breakout.
Visit H-D.com to see all 2016 Harley-Davidson® models and to find a local authorized Harley-Davidson® dealer.
About Harley-Davidson Motor Company
Since 1903, Harley-Davidson Motor Company has fulfilled dreams of personal freedom with cruiser, touring and custom motorcycles, riding experiences and events, and a complete line of Harley-Davidson motorcycle parts, accessories, general merchandise, riding gear and apparel. For more information, visit www.h-d.com
Post Views: 130 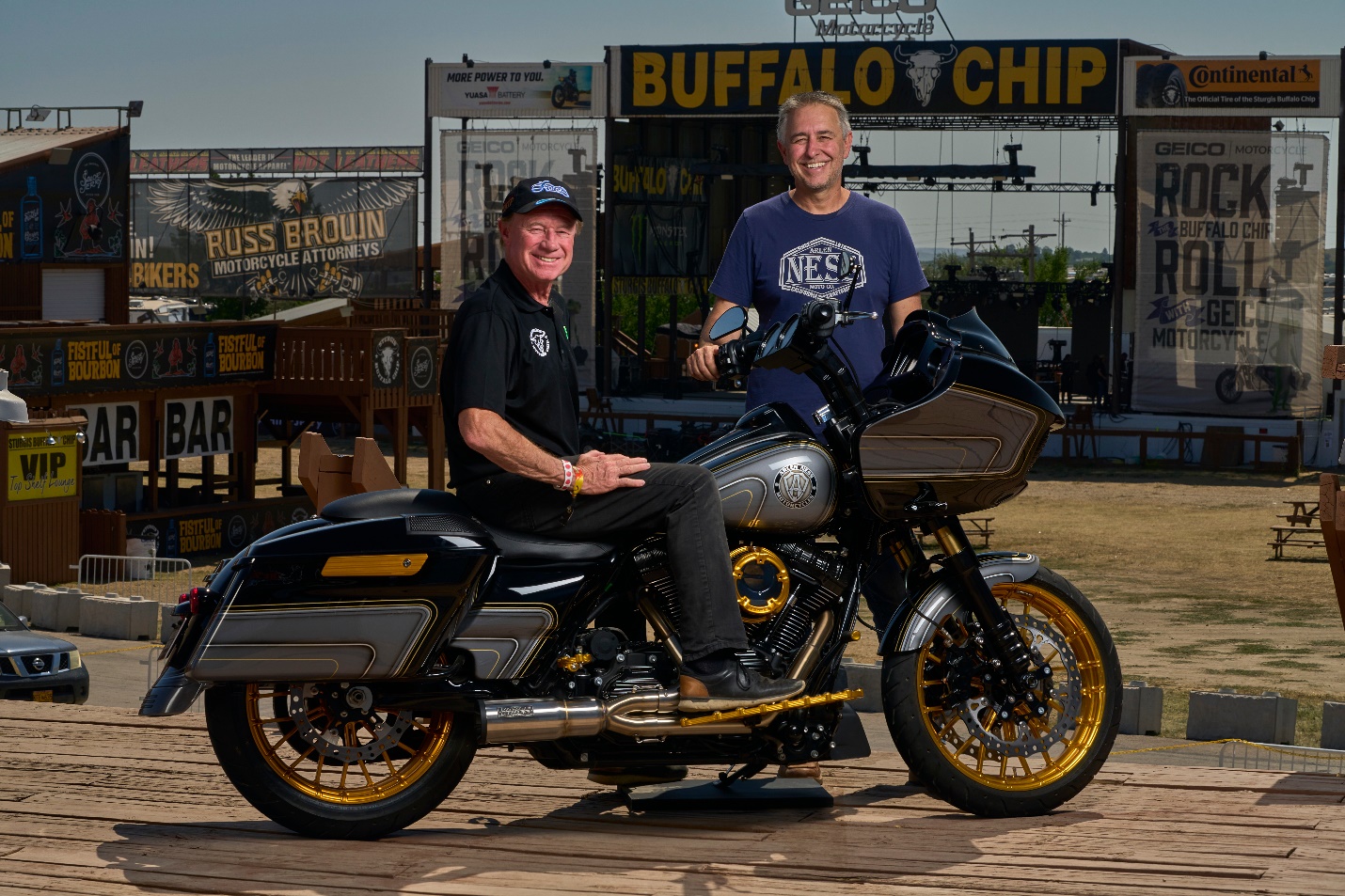